Ok, you'll find this out sooner or later. I have more free time on my hands than I'd like. I have fibromyalgia, so I don't work. Sucks, but it gives me time to surf the web, I guess. When I'm interested in something, I tend to research and research and research, til I've exhausted the resources on the subject.

So, nail stamping. Sure, it started with Konad, then the BundleMonster plates, and finally there was the Essence Stampy Kit. But everyone was wondering... was there only one Essence plate? Would there be more? So of course, I've been digging around, looking to see if there are more, or would be more.

I hit pay dirt today. Don't ask me how, I've even forgotten the trail that let me here. I actually found an Italian(? maybe German?) shopping site that looked like it had more Essence plates. That triggered quite the google search, but I found them. 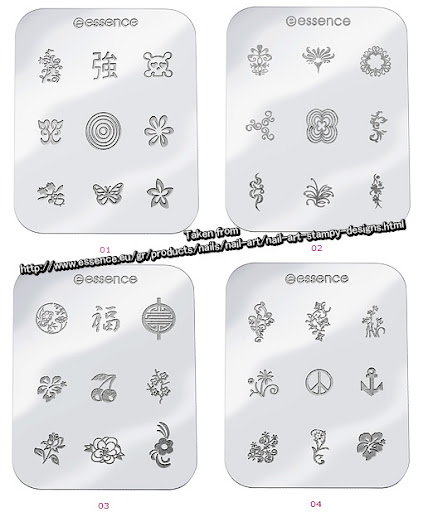 There are at least four more plates in production, and they're cute as can be. I really like the little skull image, and the cherries are pretty cute too. I found them at the Essence webpage, somehow. Again, I think it was the German version? You can follow the link on the image, and it'll get you there. 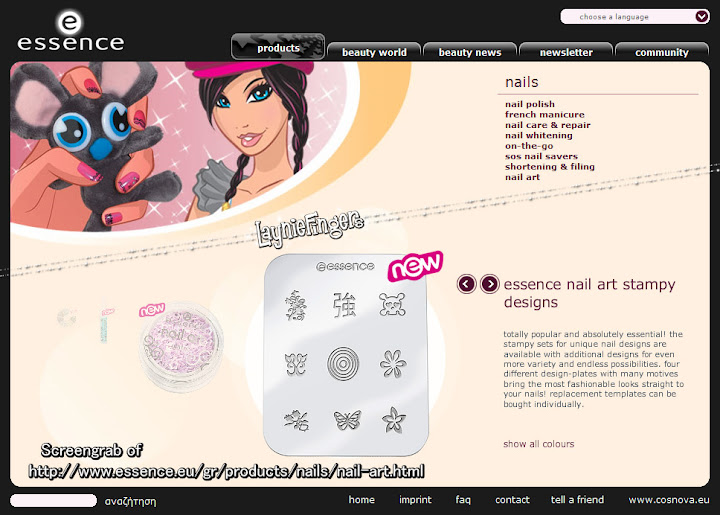 So for those of you who want to try more, all you have to do is figure out how to get someone in Germany to get you the set! They're inexpensive, from what I can tell. You know, not counting shipping. :D
Posted at 8:32 PM 6 comments: