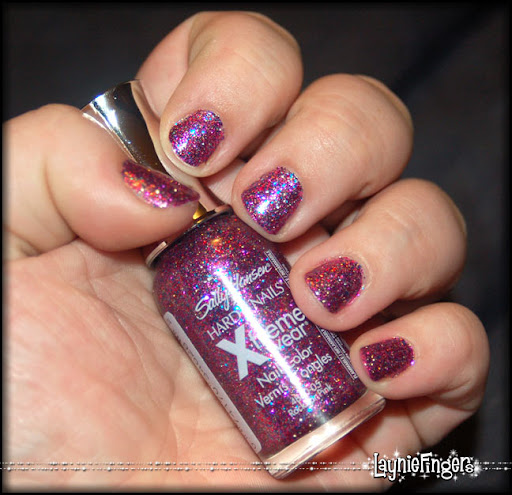 Some of you may have noticed that I haven't gotten around to putting together a lemming list. It's not that I don't have polishes I drool over, polishes I have planned for when I can squirrel away a few dollars that aren't going toward school supplies or school clothes or kiddo's needs. But with life being what it is, and my somewhat limited amount of energy, that lemming list has gotten pushed to the back burner. 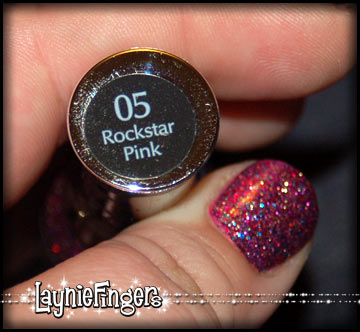 However, for my birthday, I was happy to snag one of the polishes I've been eying every time I pass a Sally Hansen display. This time, I picked up Sally Hansen Xtreme Wear in Rockstar Pink.

I'm not sure where the "rockstar" in the name comes in, but let me say how much I adore it. This polish is truly a glitterbomb of happiness! Overall, it seems to be a cool, rather dusty pink at first glance. Almost a lavender, really, although it seems a bit mottled when you first look. 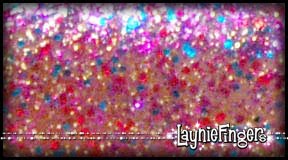 But when you look more closely, you find absolutely insane amounts of glitter! Not just pink... no, there are lots of colors: pink, lavender, purple, blue, red, gold, silver?  It's hard to tell, because they're so small, but it's so amazing. The picture to the right is 2 coats, and despite the photo, it's basically full coverage with those two coats. I swatched briefly to see what I thought, before doing all my nails. 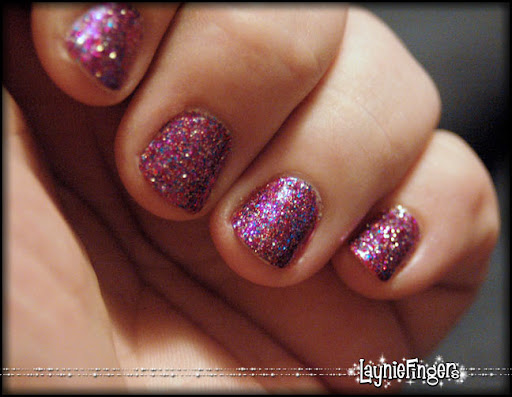 I decided to use a base coat of pink, something to give it a bit more depth, I guess. I didn't realize just how full coverage those two coats would be! I used a single coat of Nail Fantasies in Peppermint Patty, a beautiful hot pink creme that is almost neon, but not quite. If I were wearing it alone, I'd need two coats, but for this one was sufficient.

Then I layered two coats of Rockstar Pink on top, and realized that the pink didn't show at all. I could have saved the drying time, but next time I'll know. I topped it off with a layer of Sally Hansen Hard as Nails quick-dry topcoat, and enjoyed their glassy smoothness.

Now I have to be honest- while this polish is amazingly fun and glittery, it's also the worst glitter I've had to remove. I've never had a problem like this removing glitters! I felt like trying to sand off my fingernails with a belt sander before I was done! Honestly, it took me a full hour to get this stuff off, and by the end I was cursing up a storm.

Gorgeous color, freaking lousy removal. Plus it was chipped all to hell after 2 days. Maybe it's a problem with the bast coat, I don't know, but I wasn't amused.

Still, I know it's just a matter of time before the glitterbomb bottle sings its siren song to me once again, and I've lacquered my nails with the juicy, glittery goodness of Rockstar Pink once again.
Posted at 12:18 AM 5 comments: Links to this post