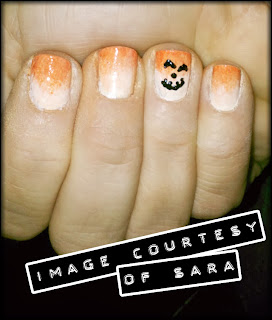 I got the sweetest email last night. Earlier in October I got an email from a reader named Sara. She was having problems with the gradient/ombre tutorial I have up, and her sponge seemed to be melting into her polish, leaving little chunks of sponge in the polish on her nails. She wanted to know if I had any suggestions on how to remedy the situation.

I suggested she experiment with various sponges around the house. I also explained that if you test your sponges on paper, you don't have as much of a problem having to clean your nails over and over again til you find a sponge that works.

Last night I got another email from Sara, and this time she was successful! She was so sweet, and since she included a photo of her nails I wanted to share it with all of you. You guys are the reason I do what I d, after all!

Remember- if you use a technique or a design that's inspired by me, then snap a few photos or a video and share it with me. I'd love to see what you're doing!

If you use techniques or designs from my blog or videos, send me photos or a video. I love seeing what people do!
See my disclosure statement for more information.
Posted at 6:18 AM 1 comment:

A few nights ago I had the strangest dream. Well, not strange for me, but strange in general. You see, for some reason I dream in technicolor, linear plotlines that often make some sort of sense even after I've awakened. This was no different.

For this one, I dreamed that I still lived with my parents, and that my parents were still married. I had a sister that was barely over a year old (which is odd, because I'm an only child), and I absolutely doted on her. The beginning of the dream was a succession of fun moments with the baby, as well as me going on a date with the guy I had a crush on from 6th grade through graduation.

Unfortunately, when I came home from that date, I found that my house was a bit of a disaster. My father had sold my baby sister to an unsavory type for about $4 and a bag of cocaine. (This is funny because my dad doesn't even like taking Tylenol, so the idea of him doing street drugs is about as likely as finding out that the Pope has a huge heroin problem.) The house was filled with strangers, and I was locked out. 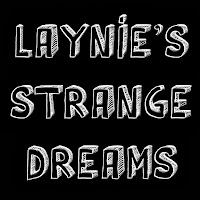 Apparently all of the action movies I've been watching lately have seeped into my brain, because at that moment I went into action hero mode. The house in my dream had a huge wall of windows that reached floor to ceiling, and I went to work digging out the supports on either side of one window. I checked to make sure I had my guns, then made a running start at the window. I then jumped as high as I could, kicked the window down with both feet, and somehow landed with my gun out, aimed at a "bad guy."

Said bad guy looked at me and I shot. However, apparently I'm as much of a pacifist in my sleep as I am in life, because instead of having a gun that shot bullets, my gun shot tranquilizer darts. I shot three people at first, and two of them dropped like stones. However, the third just laughed at me and said, "Your gun only holds three shots."

Apparently he'd been taking the tranquilizer to build up an immunity to it, and he knew that one dose wouldn't take him down. His taunting infuriated me. My reaction?

I dropped my gun, reached behind me with both hands and pulled out two more tranquilizer guns, one in each hand, and shot him once with each one. He went down in a puddle, looking utterly confused as I continued taking down bad guys until I found my sister.

I woke up shortly after this, and just shook my head. My dreams are so weird.

If I could record my dreams as movies, I'd have lots of blockbusters.
See my disclosure statement for more information.
Posted at 6:00 AM 1 comment:

House of Harlow sunglasses - gorgeous, pink, and could be yours! 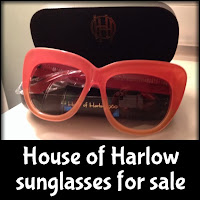 One of my best friends asked if I would do her a favor and post about an auction she has on eBay. Since she's awesome and one of my closest friends, I figured I would oblige. She'd do the same for me too if I needed her to.

SO, if you're in the mood for some luscious new sunglasses, you have definitely come to the right place. She's selling a gorgeous set of House of Harlow sunglasses in Grapefruit, which just happens to be almost the perfect shade of pink in my opinion. They even come with their own hard case! 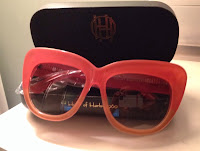 So, if you're at all interested in a pair of designer sunglasses for a great price, hop on over to my friend's auction. You'll be glad you did!

I'll do just about anything for my friends. :D
See my disclosure statement for more information.
Posted at 2:59 AM 2 comments: 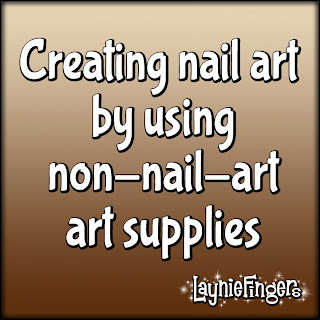 Do you ever get the urge to just play with your nail art supplies? I certainly do, and lots of times I have absolutely no idea what I'm going to end up with or if it's even going to work. The nails in this post show you some of my latest experiments.

This set of nails started when I found a certain pack of art supplies on sale. Serious sale, as in less than a dollar each. Of course I snapped up several of each, because I felt pretty sure they'd be snapped up in no time, which they were.

After playing with that purchase for a bit, I decided to try out another art supply to see if I could come up with something fun with them. Here are the results... can you guess how I did these? 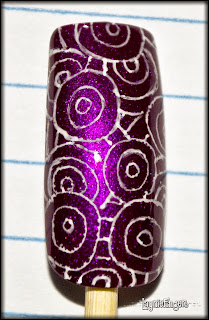 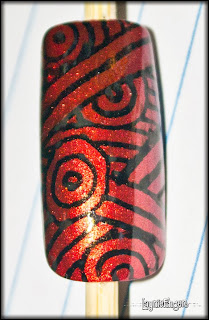 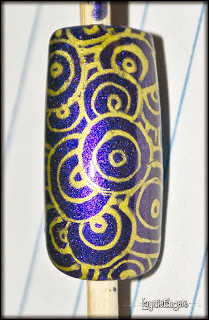 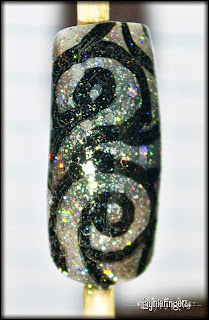 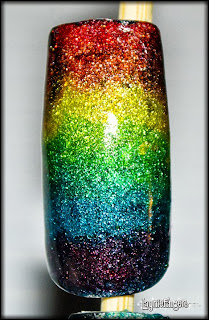 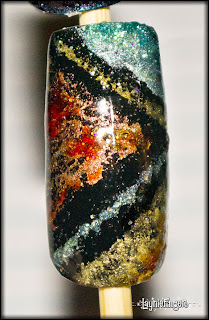 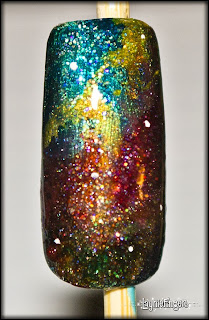 I'll give you a hint- the top four are with one type of art medium, and the bottom three are a different one. So what do you think- do you have any idea how I did these? Leave me a comment giving me your best guess. I can't wait to see what you come up with!

Some polishes may have been provided by the brand for consideration.
See my disclosure statement for more information.
Posted at 3:34 AM 4 comments: