Ahhh, Easter. I'm not religious, but most of my husband's family is Catholic, so every year they throw a huge crawfish boil. It's the perfect occasion for catching up with family, eating til you think you're going to explode, and just letting the good times roll.

Oddly enough, I'm really not a big fan of crawfish. I'll eat them in things like crawfish etouffee or crawfish pie, but I'm just not fond of peeling boiled crawfish. So, I end up sitting and eating a hot dog or something while everyone around me slurps and cracks and does all those other icky things. :D 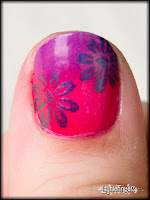 Anyway, on to the fun stuff- nails! I'm kind of frustrated, because while this was an adorable design in my head it just didn't work so well in reality. I did a base coat of China Glaze Dance Baby, followed by two sponged coats of a gradient from Fuchsia Fanatic to Gothic Lolita (both China Glaze as well). Then I stamped on some flowers in Scherer Chameleon's Blue Sky. I topped it off with my Best Nail Treatments topcoat, which I've found works beautifully for stamping.

I think I would have liked this better with a lighter stamp, or a lighter background. The Chameleon polish stamps really nicely, but it just didn't show well enough on this background. The pink-to-purple gradient was nice enough, but... I don't know. Something about this just didn't work for me.

Ah well. It wasn't awful, it just wasn't what I had hoped it would be. I did get compliments on it today, though, so all's well that ends well. And now, picspam. 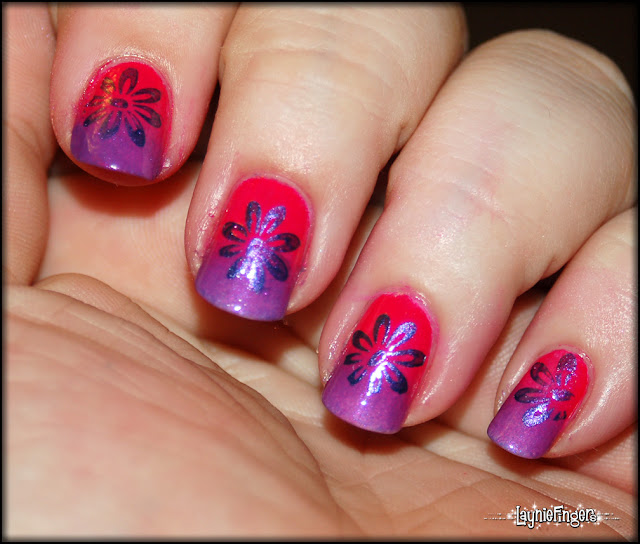 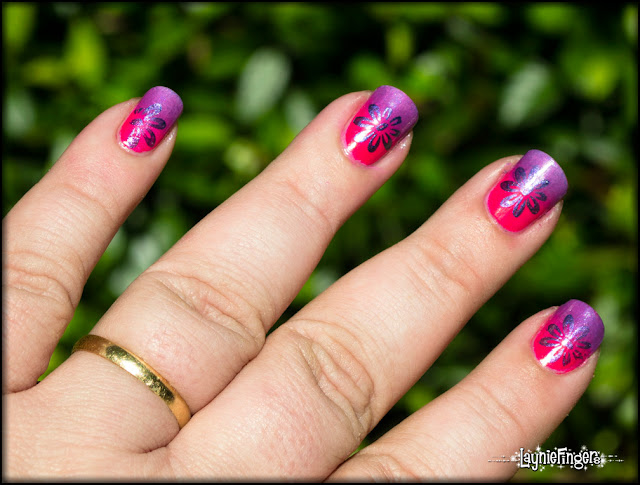 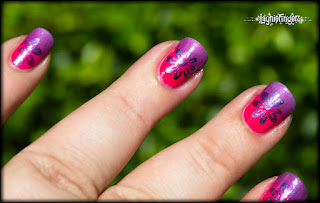 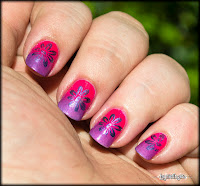 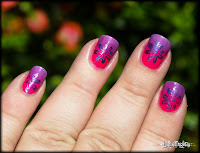 Mmmm, nothing like small boiled crustceans.
See my disclosure statement for more information.
Posted at 8:53 PM 6 comments: Links to this post