Borghese Has Me Going Dotty! 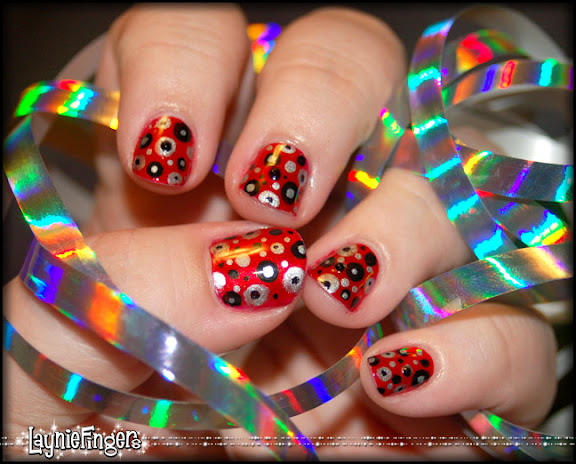 It's funny... for years I wanted to wear nail polish, but my nails just wouldn't cooperate. I would spend ages trying to polish them, making sure they looked as nice as I could make them. Of course, that generally involved painting on who-knows-how-many layers of polish, fussing while they tried to dry, then complaining because I got them dented or smeared. Also, cleanup was SO high tech- I would dip a cotton swab in nail polish remover and try to clean up the polish I got all over my fingers. Obviously, this would destroy the manicure, and I would generally get so frustrated I'd say something really rude, really loudly, then remove the whole thing in a fit of annoyance.

On the rare occasion I managed to get my nails painted and dried nicely, something strange would happen. Within a few hours, the polish would lift off my nails in a single sheet.  Sometimes a corner or a section in the very center would still be stuck down, but most of the time I would end up with a duplicate of my nail. It absolutely infuriated me, seeing all the women I went to school with who had absolutely amazing nails while mine were so frustrating. I tried everything I knew to get polish to stick, and absolutely nothing helped. I'd go through this cycle every 6 months or so, and so I ended up with quite the collection of partly-used bottles of polish. 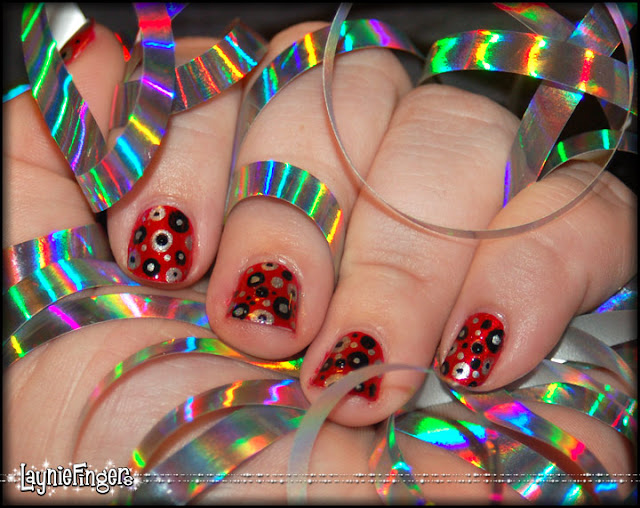 I decided to pull out one of those bottles for this manicure- a bottle of Borghese Roma Scarlet C so old that I don't even know where I got it! If I'm not mistaken I picked this up back in 2001 because it matched my car's paint job: deep bright red with golden shimmer. Of course, I could be wrong. It could have been any time, since most of the polishes I have pre-obsession were red with shimmer. What can I say, I like red! Anyway, back to the nail polish...

I had big plans for this manicure. I pulled everything out- base coat, top coat, stickers, etc. I was going to use some  red, black, and silver decals (unfortunately, I have NO IDEA where these came from!), and it was going to be glorious! I painted my nails, spent an absolute agonizing amount of time cleaning up the edges since red is such a difficult color to clean up, then pulled out the decals, pulled one off to lay on top of my fingernail and realized... 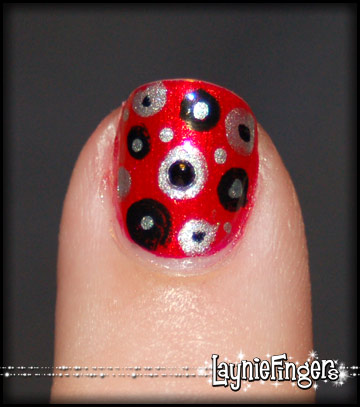 It wouldn't show up. The red is so intense that the black and red sort of faded into it, leaving me with nothing that really showed on my nails. GRR! I decided to pull out the nail art pens and doodle, but wound up with a design I couldn't replicate on my right hand, so I cleaned THAT off (thank goodness for water-based paint!!) and then decided to go with a standard mani I've done before.

I chose my Sally Hansen Nail Art pens in black and silver, wanting to keep it fairly simple. I think I failed on that, since it ended up being a very busy design, but it was still fun and I think it was cute. It also has a different look than the last set of dots I did similar to this. So it's hardly a great work of art, but it was a lot of fun, and I'm happy with it. 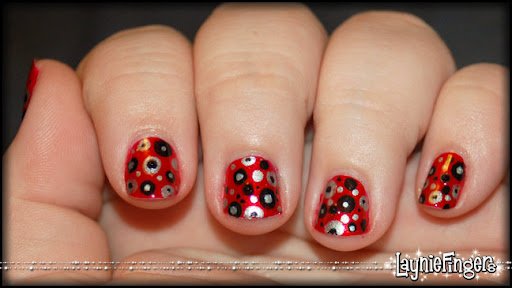 Sally Hansen Nail Art Pens were provided by the company's PR firm for evaluation.
Posted at 5:44 AM 6 comments: Links to this post