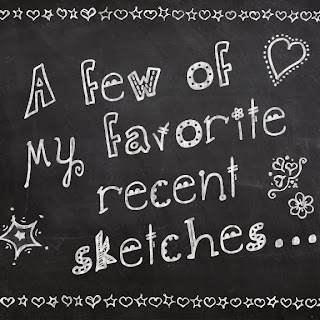 The year is winding down, and I'm sharing a last few sketches of the year. There's not much here, mainly because I've been fascinated by intricate patterns lately.

For those of you who don't know, I find drawing to be a wonderful thing. It helps distract me when I'm worried about something or having a bad fibro night. Because of this I tend to carry art supplies with me wherever I go. Nothing too fancy, just a notebook and some pens.

Ok, that's not quite accurate. I generally carry 4 black gel pens in different weights (from extra fine point to extra heavy), a few pencils and erasers, and something like 30 or 40 gel pens. And maybe a ruler or two, and maybe a couple of stencils for drawing circles or other shapes. Oh, and then there are the sharpies...

Let's just say I love color, lots and lots of color. I carry more art supplies than anything, because they're important to me. If you ever see me in public, I'll probably be doodling! But enough of that... on to the sketches!!

Flowers. I absolutely LOVE flowers. When we went to my dad's house for Thanksgiving, I wound up doodling on my napkin after we ate. I get really caught up in my head sometimes, so when I'm having a conversation, doodling something simple helps me focus on the conversation.

It sounds silly, but there are even studies to show that doodling can help people focus in meetings! Having a simple, mindless task certainly helps me turn off the internal chatter that seems to run through my head. That way I can actually pay attention to what's happening around me! 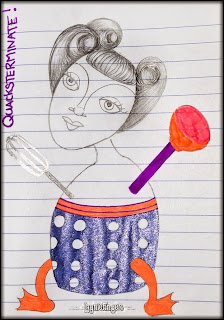 These three are related, although it's hard to tell. The left image is a copy of a drawing by Lorri-Marie Jenkins I'd found while browsing Stuffed magazine. I copied it, then colored it and added the white patterns. A few days later, I tried to draw some sketches in a similar style, but I don't feel like I captured it. Maybe it's my own style, but I don't really know. Then I did the strangest one... it started out being a woman, and then ... I don't know. It turned into some sort of woman/Dalek/duck combination. Don't ask, I don't have any answers.

But hey... this is how creativity works. Sometimes you get the Sistine Chapel, other times you get a woman with duck legs, a plunger, and... umm... whatever that silver thing is. They can't all be winners, right?

It's 6:40am, and I haven't been to sleep yet. Let's just show the rest of the sketches without much commentary, shall we? 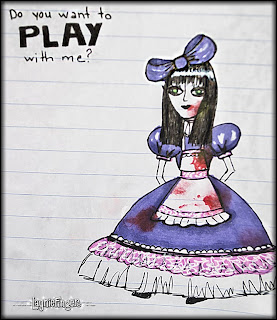 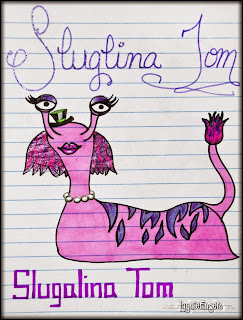 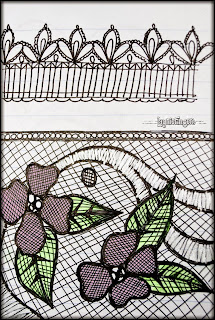 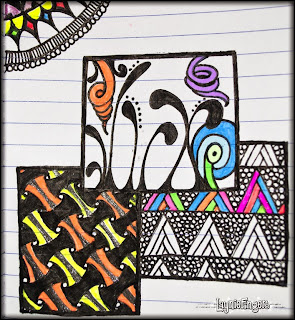 I hope your holidays are going wonderfully, and that you're having a joyous time. I'll see you soon!

Drawing supplies are cheaper than therapy. :D
See my disclosure statement for more information.
Posted at 6:48 AM 1 comment: